Cricket: The Game That Hasn’t Quite Caught On

Cricket is a bat-and-ball game that originated in England in the 16th century and is now played worldwide, particularly in Australia, England, and the Indian subcontinent. The game is played between two teams of 11 players each, and the objective is for one team to score more runs than the other.

The game is played on a rectangular field, known as a cricket pitch, which is usually made of grass and is 22 yards (20.12 m) long. At each end of the pitch, there are three upright sticks called stumps, which are topped by two small wooden crosspieces known as bails. The team that is fielding (not batting) attempts to dismiss the batting team’s players by hitting the wicket with the ball while they are batting.

The team that is batting attempts to score runs by hitting the ball and running back and forth between the wickets. The team with the most runs at the end of the match wins. Cricket matches can take place in different formats, such as one-day matches, or test matches that can last up to five days.

Cricket is known for its unique terminology and rules, which can be challenging for new players and fans to understand. For example, the fielding team can be awarded a “wicket” if they are able to dismiss the batting team’s player by hitting the wicket with the ball. The fielding team can also be awarded “runs” if the batting team’s player hits the ball and runs back and forth between the wickets. Additionally, in test matches, the teams can play for a “draw” if the match finishes without a winner.

Cricket has a rich history and has been played for centuries, with the first recorded match taking place in the 16th century in England. The game has since spread around the world, with countries such as Australia, India, and South Africa becoming major cricketing nations. Today, cricket is governed by the International Cricket Council (ICC), which is responsible for organizing international tournaments and maintaining the rules of the game.

The ICC organizes the most important tournament in cricket, the ICC Cricket World Cup, which is held every four years and features teams from around the world. The tournament has been held since 1975 and is one of the most widely followed sporting events in the world.

Cricket is also known for its passionate fans and the unique culture that surrounds the game. Cricket matches are often accompanied by music and food, and fans can be seen dressed in their team’s colors and displaying their team’s flag.

Despite its popularity, cricket is not widely played in some countries, such as the United States. However, in recent years, there have been efforts to promote the game in new markets and to make it more accessible to a wider audience. 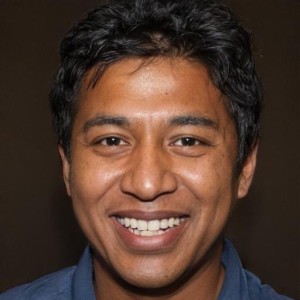 Hafez is a passionate sports enthusiast with a deep-rooted love for all things athletic. With a background in sports journalism and a deep knowledge of the industry, he brings a unique perspective and a wealth of knowledge to our site.